As already published on this website, the CO2OLHEAT Project coordinated by ETN Global is organizing, since September 2022, a series of webinars aimed at providing a forum where the R&D activities in the area of supercritical Carbon Dioxide technologies can be disseminated and made known to a wider audience. This initative has been joined by seven international and national projects, funded by the Horizon 2020 programme of the European Commission (CO2OLHEAT, COMPASsCO2, SCARABEUS, DESOLINATION, SOLARSCO2OL, sCO2-4-NPP) and by national R&D programmes in Germany (CARBOSOLA) and the Czech Republic (sCO2-Efekt).

The second webinar, held on December 5th, gathered a very large number of people interested in understanding the fundamentals of sCO2 compressor design and operation as well as the technical challenges that remain hindering the commercial deployment of sCO2 power cycles. Click here to download the presentations in a single file and get ready for the third webinar in Q3 2023: Component Challenge – Compressors.

As already published on this website, the CO2OLHEAT Project coordinated by ETN Global aims to demonstrate (at TRL7) the operation of a 2 MW Waste-Heat-to-power (WH2P) skid based on a 2MW-sCO2 cycle, able to efficiently valorize local waste heat at a significant temperature of 400°C in the CEMEX cement manufacturing plant in Prachovice (CZ).

ETN Global initiated, in September 2022, a series of webinars aimed at providing a forum where the R&D activities in the area of supercritical Carbon Dioxide technologies can be disseminated and made known to a wider audience. This initative has been joined by seven international and national projects, funded by the Horizon 2020 programme of the European Commission (CO2OLHEAT, COMPASsCO2, SCARABEUS, DESOLINATION, SOLARSCO2OL, sCO2-4-NPP) and by national R&D programmes in Germany (CARBOSOLA) and the Czech Republic (sCO2-Efekt).

The first webinar, held on September 22nd, aimed to introduce these projects in a single session, providing the main features of the project from technical and administrative standpoints. Opportunities for collaboration between projects and with stakeholders were also highlighted. Presentations can be downloaded from the SCARABEUS website: Link.

The second webinar is coming soon and it will be focused on “compressors”, since this was highlighted as one of the most critical research areas in order to deploy supercritical CO2 power cycles commercially. Three outstanding speakers will cover both fundamentals of sCO2 compressor design as well as technical challenges and industrial experiences: Giacomo Persico (Politecnico di Milano), Marco Ruggiero (Baker-Hughes) and Rasmus Rubycz (Atlas-Copco).

The team led by David Sánchez, Professor of Energy Engineering at University of Seville, will organize the 7th International Seminar on Organic Rankine Cycle Power Systems. This edition of the conference will be held from 4th to 6th of September in the beautiful city of Seville, and will gather the main players across the entire supply chain of ORC power systems.

It’s time to mark your calendar for this exciting event!!! 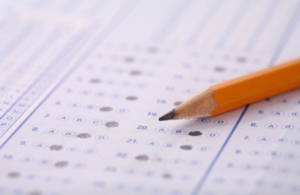 The team led by Marco Gabba at the Laboratorio Energia e Ambiente Piacenza is working on Task 5.5 of the project, focused on natural capital valuation and socio-economic assessment. To this end, Gabba’s team has set up a survey, with the objective to evaluate the advantages, costs and risks of a concentrating solar plant using a CO2-based mixture as working fluid starting from the assessments of experts / technicians in the sector, through a series of structured questions with quantitative parameters.

This is an excellent opportunity for anyone interested in contributing to and influencing the development of new generation Concentrated Solar Plants. Answering the survey takes less than ten minutes and the data collected are strictly technical, not including any personal information.

Thank you very much for your input!!!

The joint dissemination event organized by the CO2OLHEAT Project, coordinated by ETN Global, on September 22nd was an ABSOLUTE SUCCESS. You can now download all presentations from the links below:

Thank you again CO2OLHEAT for this excellent initiative. Looking forward to the next session

The Dissemination Coordinator of SCARABEUS, Prof. David Sánchez from University of Seville, has been invited to join a clustering session organized by the ASTEP project: Application of Solar Thermal Energy to Processes . ASTEP is funded by the Horizon 2020 programme of the European Commission, under Grant Agreement Ni. 884411, and its main objective is to successfully demonstrate the viability of applying solar thermal energy to partially cover heating, and heating and cooling demands on two different relevant industrial demo sites located on two different climate regions, and to further develop the implementation of solar thermal energy in industrial processes up to 400 ºC. More information about this project, coordinated by Universidad Nacional de Educación a Distancia – UNED (Spain), is available on their website: https://astepproject.eu/

With the aim to explore opportunities for joint dissemination and exploitation in the future, the clustering activity held on October 20th is an excellent opportunity to get acquainted with the portfolio of collaborative projects investigating how solar energy can be integrated into thermal process for the industry and to generate electric power. 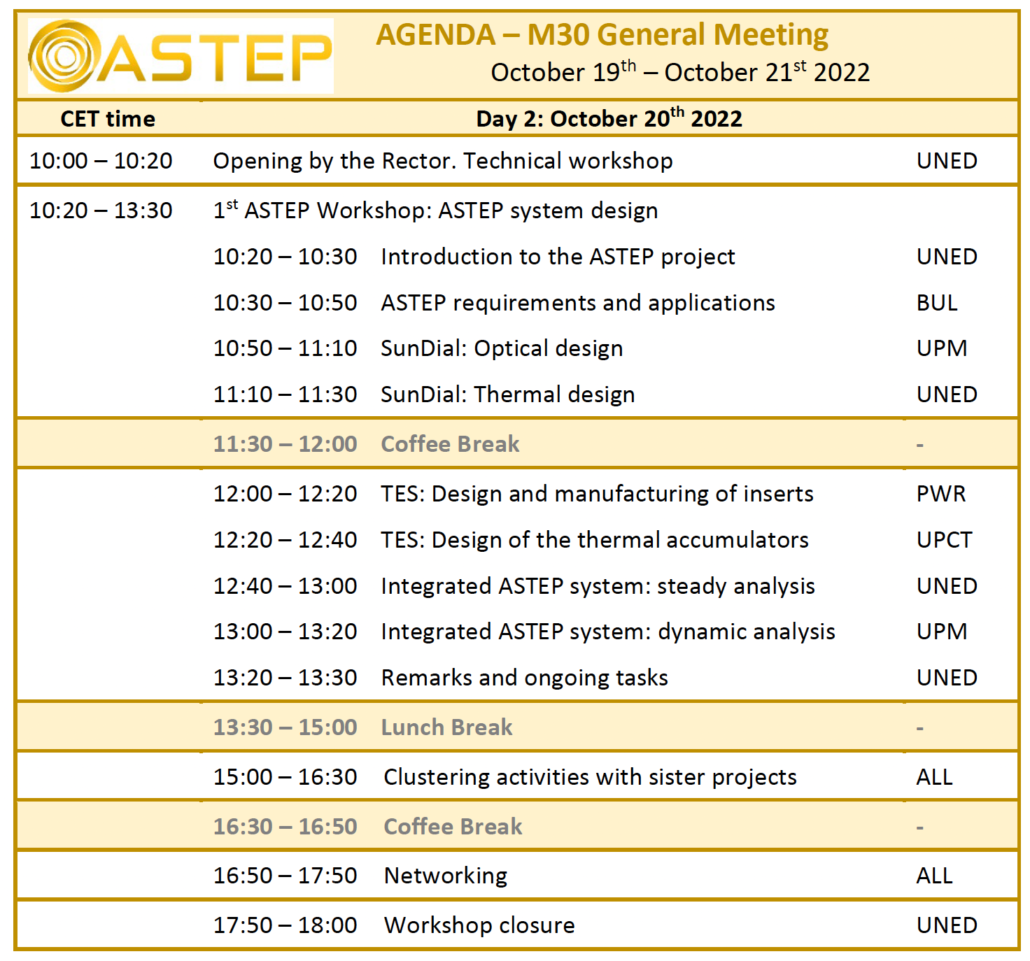 The CO2OLHEAT Project coordinated by ETN Global aims to demonstrate (at TRL7) the operation of a 2 MW Waste-Heat-to-power (WH2P) skid based on a 2MW-sCO2 cycle, able to efficiently valorize local waste heat at a significant temperature of 400°C in the CEMEX cement manufacturing plant in Prachovice (CZ).

Do not miss this opportunity to be acquainted with the latest activities in this exciting topic, even more so given the current landscape of the energy sector and the associated need to push the development of new power generation technologies ensuring sustainability and security of supply. 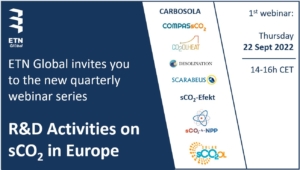 The Turbo Expo conference gathers the leading professionals in power and propulsion technologies based on rotating equipment from around the world. The conference is organized by the International Gas Turbine Institute of the American Society of Mechanical Engineers and is held annually in either Europe or North America, with an attendance of over 2000 delegates from industry, academia and government. This year, the conference was held in Rotterdam, The Netherlands, in June 13-17.

SCARABEUS was very well represented by the partners, presenting the latest progress made in each area of research:

In addition to this, the Dissemination Coordinator of SCARABEUS (Prof. D. Sánchez) organizer a panel session on Large R&D Project Development in Europe, along with Renaud Le Pierres (Heatric).

The technical papers will be published in Open-Access in the conference proceedings. For the panel discussion, you can contact Prof. Sánchez to get a summary presentation (ds@us.es)

Taking advantage of the progress meeting being held in Seville, hosted by University of Seville and Abengoa, the SCARABEUS consortium organized a joint dissemination event along with other two projects funded by the Horizon 2020 programme of the European Commission was organized, with the agenda below.

SOCRATCES (SOlar Calcium-looping integRAtion for Thermo-Chemical Energy Storage) is a research and innovation action with a total budget of 5 M€ aimed at aimed at demonstrating the feasibility of integrating Calcium Looping into CSP by erecting a pilot-scale plant that uses cheap, abundant, and non-toxic materials as well as mature solar and fluidized bed reactor technologies for energy storage. SOLARSCO2OL (SOLAR based sCO2 Operating Low-cost plants) is also an innovation action with a total budget of 13.4 M€ (10 M€ contribution by the EC) aimed at demonstrating the first MW Scale EU sCO2 power block operating in a real CSP plant.

A first technical session was held in the first part of the morning, where the project coordinators of SOCRATCES (Prof. Ricardo Chacartegui, University of Seville) and SCARABEUS (Prof. Giampaolo Manzolini, Politecnico di Milano) and a representative of the SOLARSCO2OL consortium (Mr. Antón López, Abengoa) shared the main characteristics, challenges and outcomes of the project, along with the foreseen future impacts on technology and society. The panel was chaired by Dr. Noelia Martínez (Abengoa), Exploitation Manager of SCARABEUS.

After a networking coffee-break, the second session took place. This was a high-level panel session with delegates representing the industry (Dr. Gonzalo Martín-Barrera, PROTERMOSOLAR), scientific community (Dr. Ana Bernardos, CENER) and government (Dr. Sonia Fereres, European Commission), chaired by Prof. David Sánchez (University of Seville), Dissemination Coordinator of SCARABEUS. The talks were very complementary to one another and presented an excellent overview of how joint collaboration by institutions and companies in all three sectors is needed to effectively accomplish the very large challenges ahead. The interaction with the audience was very lively and raised lots of questions that are now more pressing than ever. The discussion also expanded into how to effectively tackle aspects such as security of supply and sustainability of future energy sources in the new sociopolitical scenario, and the role to be played by CSP. 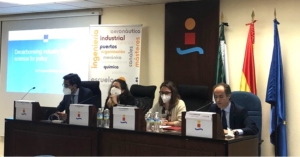 Panel session on the role of CSP in the future energy landscape.

From the SCARABEUS, thanks you very much for supporting and joining this event.

N.B.: The presentations by the speakers will be made available on our website soon,

The last progress meeting of the SCARABEUS project was held in Seville on the 21st and 22nd of April. It was a two-day meeting hosted by University of Seville, on the first day, and Abengoa, on the second. 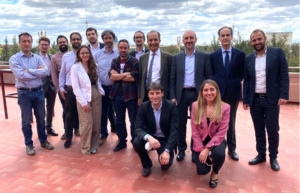 Sixteen delegates from the nine partners joined physically whereas other five joined remotely since they could not travel for different reasons. In the morning of the first day, a joint dissemination event along with other two projects funded by the Horizon 2020 programme of the European Commission was organized, with the agenda below.

A first technical session was held in the first part of the morning, later followed by a high-level panel session with delegates representing the industry, scientific community and government. Overall, some fifty attendees participated to this activity which gave way to lively discussions and very effective networking. 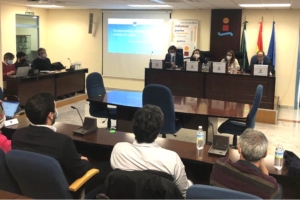 Joint dissemination event with projects funded by the Horizon 2020 programme of the EC.

In the afternoon of the first day, the meeting continued at University of Seville for the partners of SCARABEUS who had the opportunity to discuss face-to-face for the first time since the beginning of the pandemic. On the second day, the meeting moved to the premises of Abengoa. Upon conclusion of the meeting, the partners agreed on the good progress made by all work packages, despite the inevitable impact of the shortage and higher prices of certain critical materials on the schedule of experimental activities. This is nevertheless not to be concerned about as the first set of equipment for testing has already been delivered to Technical Universty of Viena. 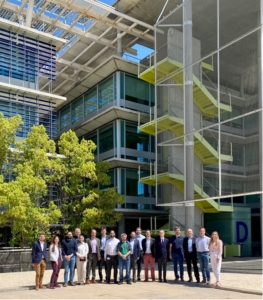